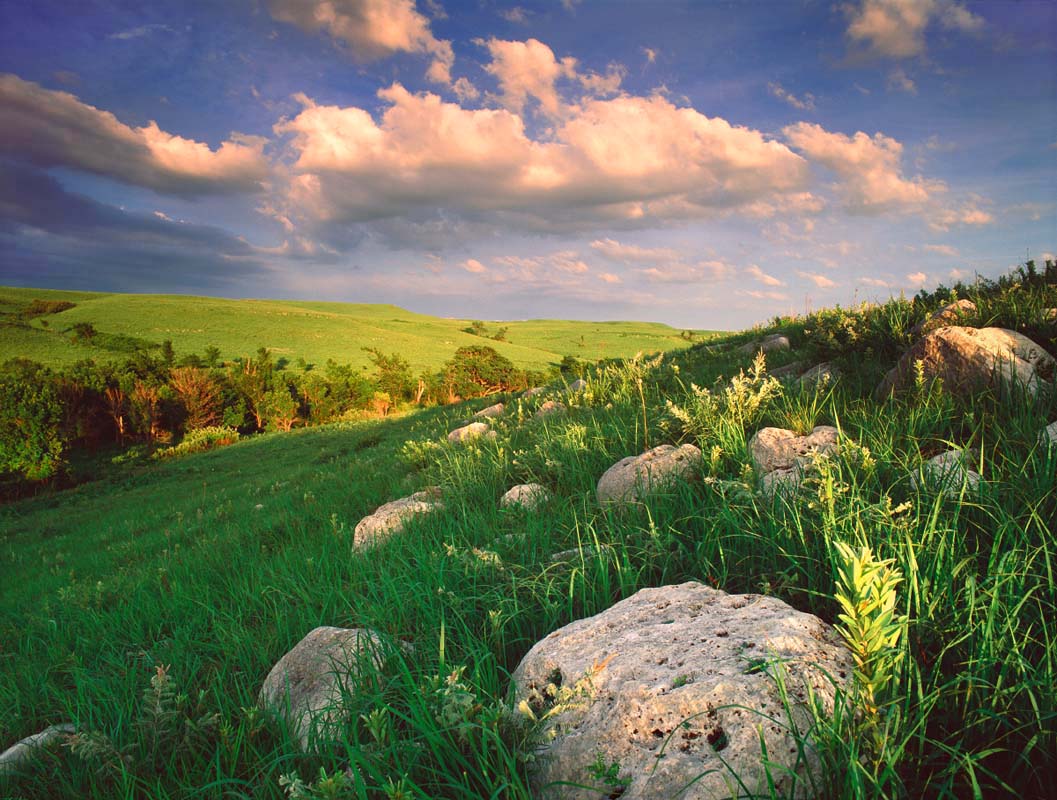 Fire on the Range 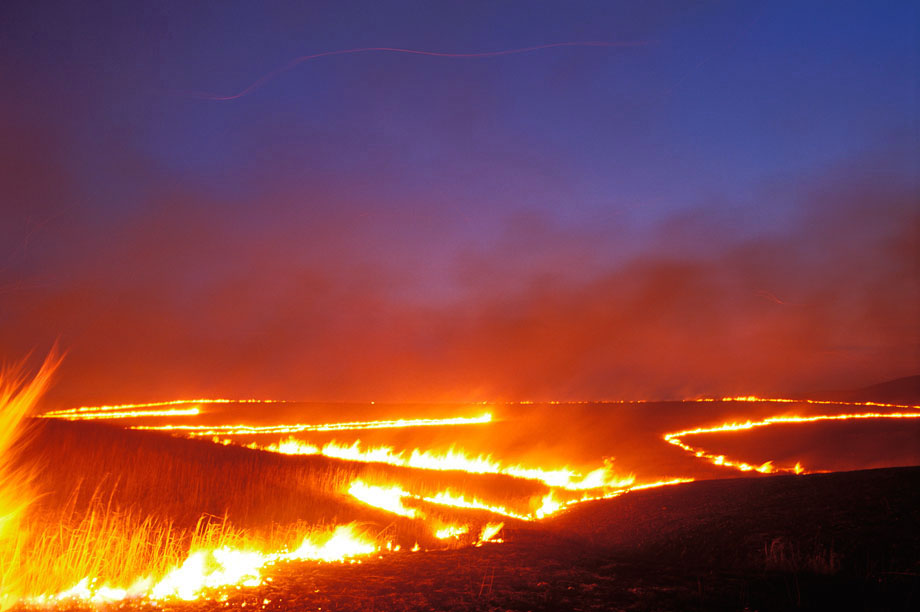 In many areas, spring is primarily associated with budding trees and new floral blooms. In the Flint Hills of Kansas however, it’s range burning time. Driving through the prairie landscape at dusk, you can smell grass fires from miles away if the wind is right. Through the twilight, you can begin to see a glowing light behind a hillside. Then, a full blown prairie fire… and no one looking to put it out. Why do people do this?

This wide open region of remaining tallgrass prairie is most known for it’s grazing excellence, and burning the old grass to promote quick new growth is essential. Long ago, lightning caused many grass fires, keeping trees and shrubs to a minimum while allowing grasslands to flourish. Native Americans also used grass fires as a method to better corral bison for hunting.

As someone who did not grow up in the midwest, I became fascinated with the part that fire played in perpetuating grasslands from an artistic perspective. As lines of flames boldly transformed a minimal landscape or quietly crept through the night, I was drawn to take a deeper look at this subtle yet dynamic land.

The prairie is wide-open. Though visible from many miles away, shots of range burning taken from a distance have little sense of what’s happening. While getting to them seemed easy enough, roads were not often very developed, and just when you think you’re getting closer, the road dead-ends at some rancher’s gate. This wouldn’t work. Timing, access and being in the right place would be everything. I began meeting ranchers, many who were somewhat suspicious, wondering why I was interested in all this, and hesitant to let me on their land during burning. Eventually, a large research prairie that is managed through The Nature Conservancy was most open to my visual ideas, and gave me access to their burns.

Since burning was done in a controlled fashion so as to not get out of hand and burn an unintentional area, many were done during the day. Of course, the visual interpretation would not be as dramatic as fires that would burn into the night. Many of the best opportunities were simply luck. Even though the range burning needed to be finished by a certain time in the spring to still allow proper grass growth, wind conditions had to be right. Too little wind and the fire wouldn’t progress, too much and it could get out of control. Anyone mention spring rains? Sometimes things would get behind schedule, pushing burning later in the day. Sometimes a bit of wind would pick up unexpectedly and push the fire to another area that then had to finish burning… long into the night. Unfortunate for those who still had to keep an eye on it, but a great visual experience after dark.

My thanks go out to all of those who allowed me access to their land with a camera during these prairie burns, and special thanks to the staff at The Konza Prairie Biological Station for showing this newcomer what it's all about.